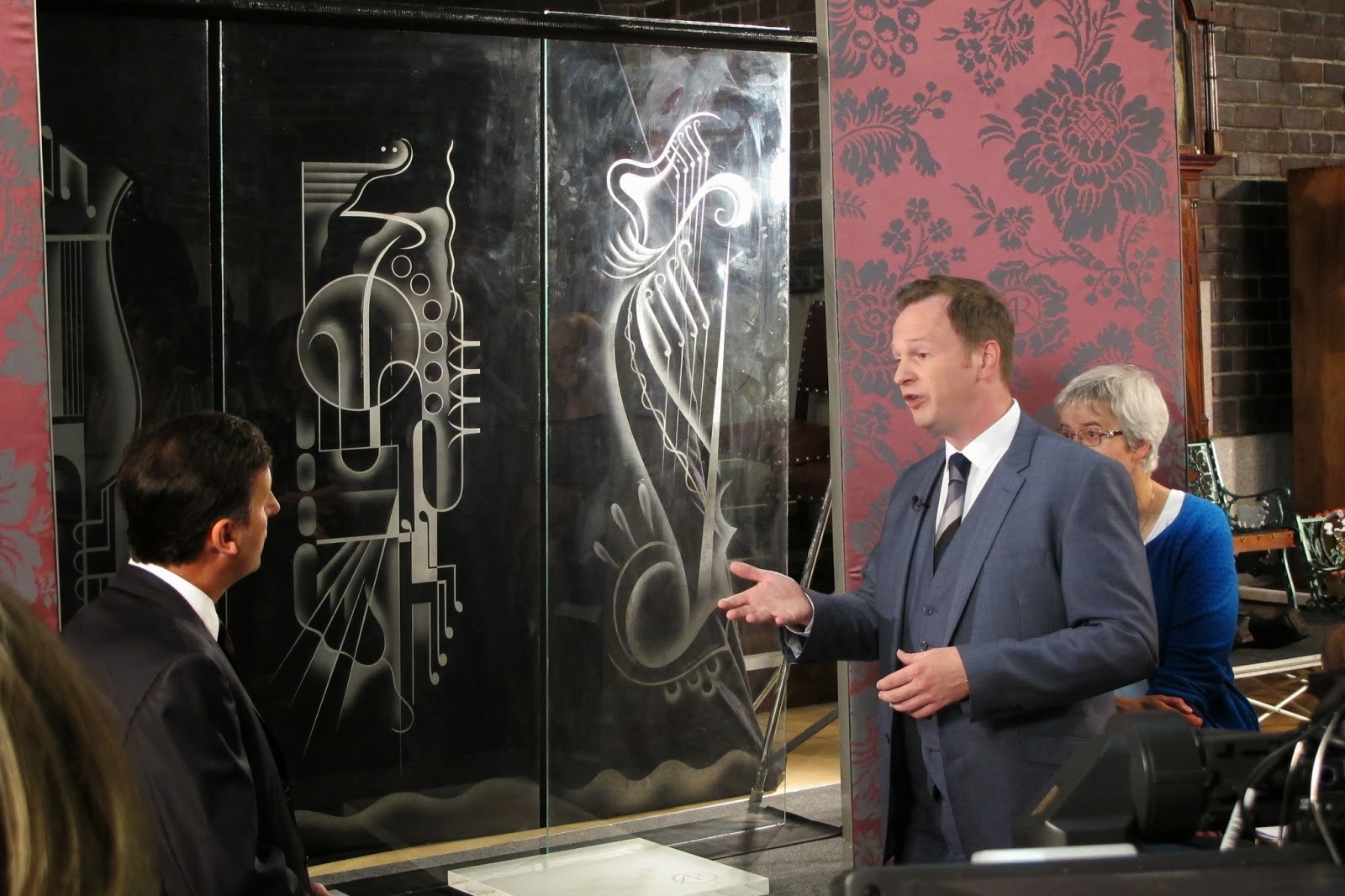 I had been invited on to the show to talk about the etched glass door panels by Hector Whistler that were originally fitted in the doors in the foyer of The Liverpool Philharmonic Hall in Hope Street.
They were filming in Lutyens Crypt of the Catholic Cathedral.
Watch A Video Here 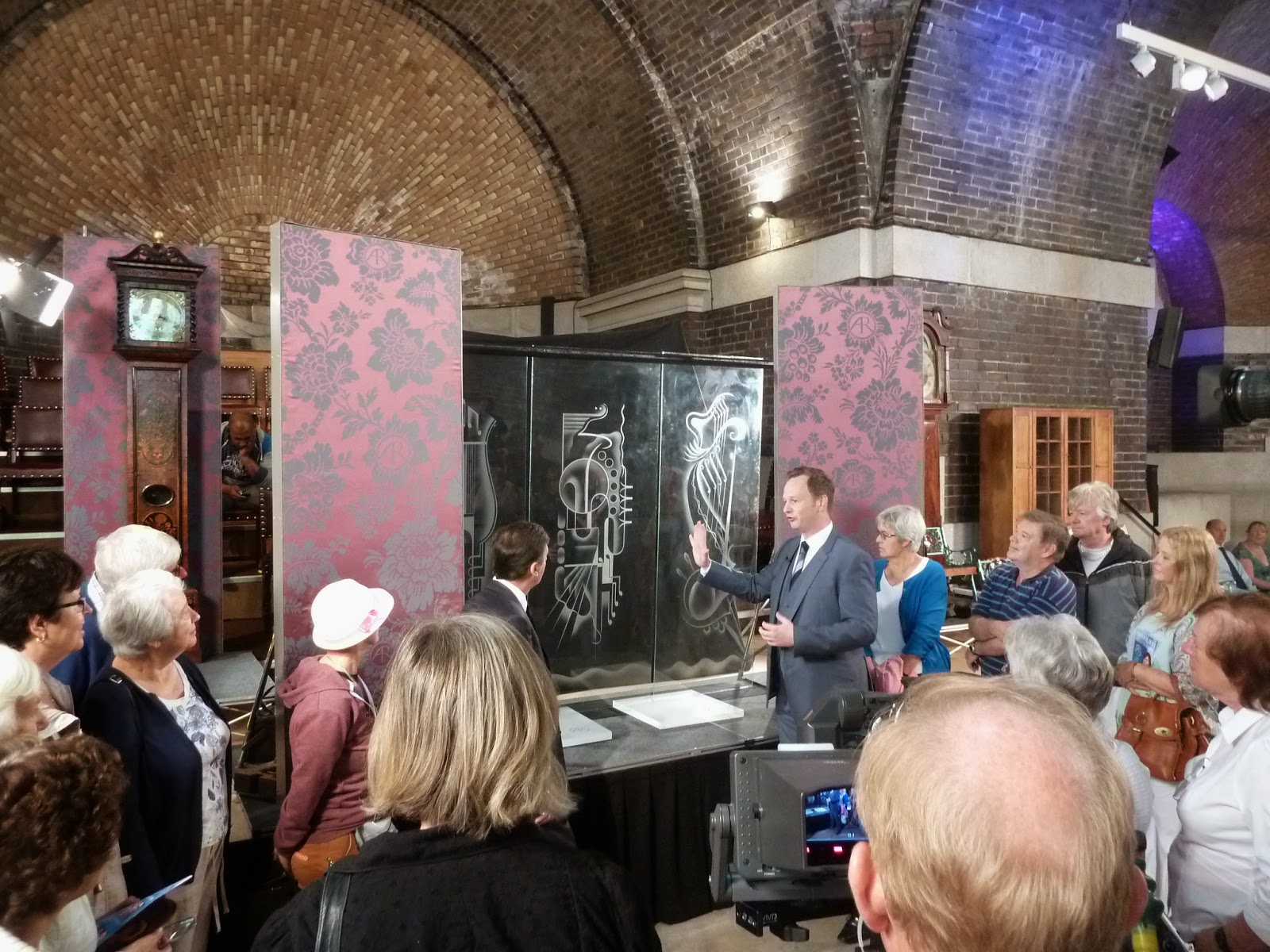 Fiona Bruce as usual, had a crowd around her, as she was filmed talking about the most amazing door to a tomb, the circular revolving door that is made of stone, the idea is everything, symbolic of the stone said to have closed the Tomb of Christ.
Lutyens took the idea and made it work.

The panels looked great up there on the stage where I recall playing clarinet on Terry Riley's “In C” with ApaT orchestra in almost the same place.

It was an early start and all the usual celeb antique appraisers were there.
Seasoned veteran and AR legend Eric Knowles came over to say Hello saying he couldn't do the filming of them because we know each other.
http://www.bbc.co.uk/programmes/b006mj2y

20th century specialist Will Farmer was assigned the task of talking about them, jokingly I said to him stopping me may be a job once I get going.
As it happened it went along extremely professionally and I think it will come over really well.
I could have sold them ages ago but I have been waiting for the right buyer who will show them off
Yes I know, how the Philharmonic let them go is a mystery to me too.
It was such a pleasure to be part of such a amazing team of people right down to the volunteers who helped people arrive and made the day a pleasant experience.
It was wonderful all the experts were down to earth and helpful.
I had no greasy palms or nerves, it was a great opportunity to talk about Liverpool's great history.
Being part of something that inspired me to become an antique dealer is fantastic and helping to promote a piece of heritage.
I hung around as long as I could absorbing the atmosphere from the set.
This is a programme that I have watched since a child the very beginnings of my journey must have been started as long ago by the amazing descriptions from Arthur Negus.
Read More Here

I hope they were happy with my appearance as it was a honour to have been allowed to be part of it.
I loved it.  I hope I can do it again.

Update:28th February 2019......I joined The Antiques Roadshow Team very shortly after and am looking forward to a new season filming. Please click the link below for more information about the team and the show.
I am proud to be a BBC Antiques Roadshow specialist.

Posted by Wayne Colquhoun at 13:31